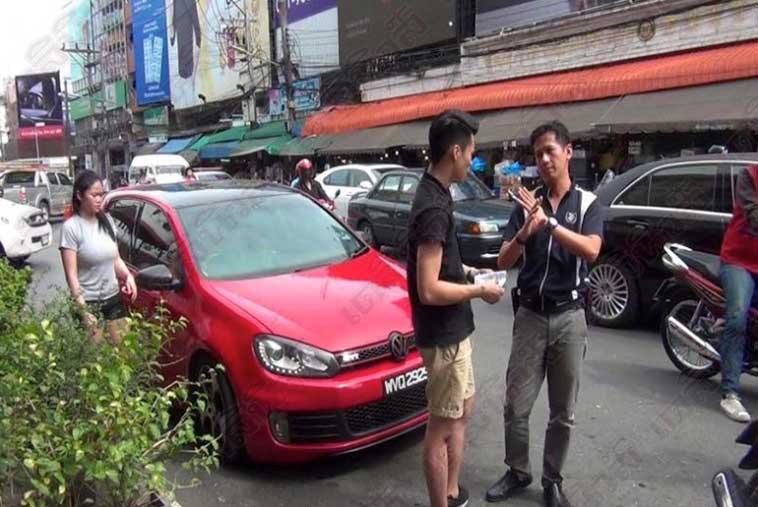 HAY YAI: — A Malaysian tourist who parked his car illegally at a Hat Yai market came back after doing some shopping to find the front wheel had been clamped. So he changed it for the spare in the boot.

Unfortunately for him a Kim Yong market trader saw him changing the wheel on his Volkswagen and she immediately alerted police. Ong Beng Ek, 25, told police that he had no intention of fleeing, reported Daily News. 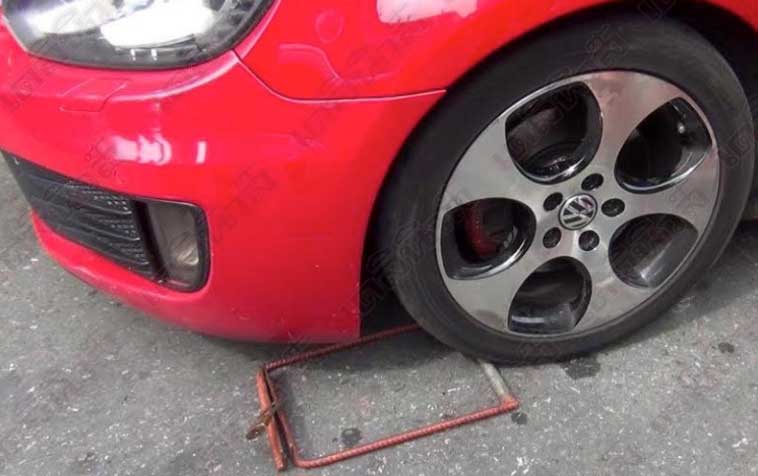 Police took pity on him. Instead of charging him with removing (or damaging) the clamp that carries a penalty of up to three months in jail or a fine of up to 5000 baht or both, he was just fined for the illegal parking – and given some helpful advice about the Thai law.

0
0
0
0   0
previous Backpackers swim in flood water on Khao San because, how often do they get to do that?
next Bill Gates on Thailand's hanging internet and hanging wires